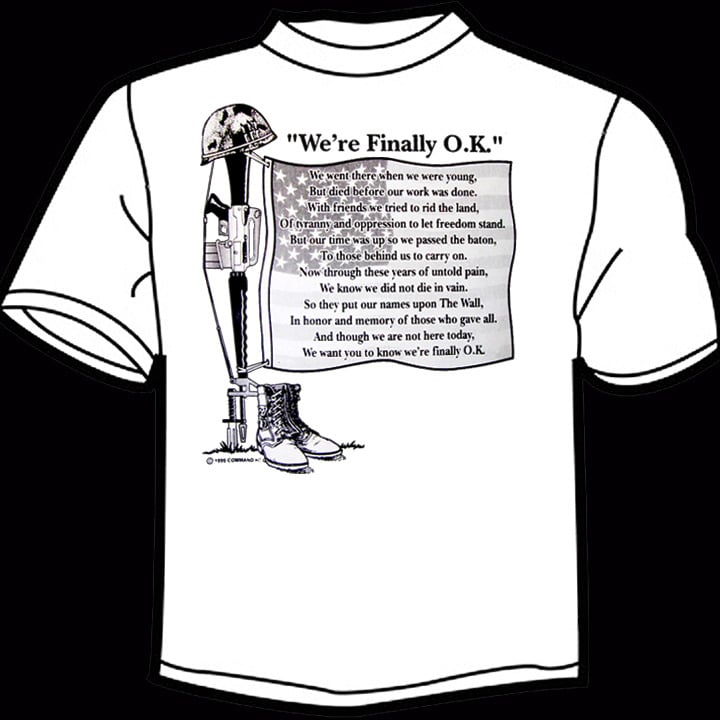 In 1996, I wrote the poem, “We’re Finally OK” and dedicated it to all the men and women who, throughout the History of the United States, have paid the ultimate sacrifice.

This poem has been engraved on the “Clasping Hand” Statue at the “All Veterans’ Memorial” in Kokomo, Indiana.